This article was originally emailed as our monthly eBulletin at 11:30 on 11/03/2015. You can view older eBulletins here and register to receive them monthly.

SHOULD WE REALLY BE TELLING PEOPLE TO STAND MORE?

At the end of the recent Health & Wellbeing at Work conference in Birmingham, there was an animated debate about whether or not standing improves the wellbeing and productivity of workers. Votes were taken at the start and finish of the discussion. Interestingly, by the end of the debate, those who believed this to be the case decreased and the abstentions more than doubled! In view of all the recent publicity about the perils of prolonged sitting, this outcome might seem anomalous. [more] 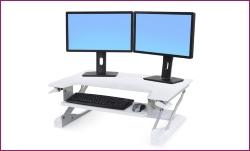 The Health & Wellbeing Exhibition was a great success for us with lots of enquiries and many interesting conversations. Inevitably, there were many discussions about sit-stand working. The Ergotron Workfit-T addresses the design shortcomings of some existing products and provides a quick and elegant way to adapt an existing desk to offer sit-stand capability. We expect to have a UK price and stock availability during April. 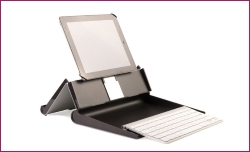 By the time you read this, we may finally have this product in stock! There have been various production delays but I am confident it is now absolutely right. Those who saw the pre-production model at Health & Wellbeing were very impressed. We are holding the introductory 25% discount offer until the end of March so there is still time to order at this preferential rate. See the latest video, further details and the special offer price here.

It is clear that many organisations are still getting to grips with how to encourage employees to sit less and some are responding to staff pressure rather than formulating a strategic approach. With so much interest (and quite a lot of uncertainty), it occurred to me that I should run some more Sit-Stand webinars, especially since several new ideas have been circulating since I last presented on the subject. Check our events page for details. 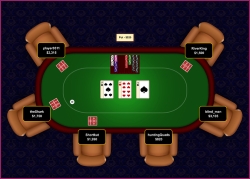 I have just completed a 2000 word article for an online poker company. The nature of online gaming has some similarities to the pressures of work computing but there are also some significant differences. In particular, the intensity, concentration and need for rapid responses create different pressures. After more than 20 years talking mostly about office computer users, it was invigorating to explore a different dynamic! I plan to provide a link to the article in next month’s eBulletin.

Should we really be telling people to stand more?

At the end of the recent Health & Wellbeing at Work conference in Birmingham (England), there was an animated debate about whether or not standing improves the wellbeing and productivity of workers. Votes were taken at the start and finish of the discussion. Interestingly, by the end of the debate, those who believed this to be the case decreased and the abstentions more than doubled!

In view of all the recent publicity about the perils of prolonged sitting, this outcome might seem anomalous. After all, the participants were nearly all ergonomists, physiotherapists, health & safety and occupational health professionals. Surely all the evidence means we should stand more?

All the evidence suggests we should sit less. And that is not the same thing at all. 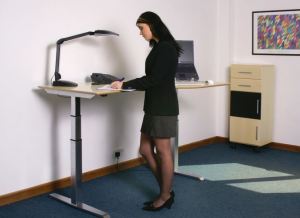 Just replacing static sitting postures with static standing postures is not the answer. There is a much bigger picture to be addressed. As a vendor of sit-stand desks for nearly 20 years, I am delighted that there is much more interest in such products. They offer both the musculoskeletal benefits we have been propounding and, as recent evidence now suggests, cardiovascular benefits too. However, their implementation will only be effective as an integral part of a broader initiative to encourage less sitting and more movement. 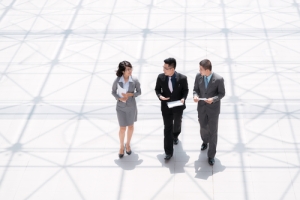 More walking meetings, taking and making telephone calls on the move, locating printers and water coolers away from desks, drinking lots of water (to create natural breaks) and many other simple, effective (and often free) techniques can be applied to the workplace to increase movement and reduce cardiovascular risks. However, these ideas also involve behaviour change and this is the crucial issue.

Those organisations that simply install lots of sit-stand desks will find, in quite a short time, that they have achieved little. It is likely that users will soon revert to entirely seated behaviours and quite possible that many will never even attempt standing work at all. Without proper guidance, those who do try standing may find that it simply does not suit them. Even with appropriate footwear (a factor which is often ignored), standing workers may be susceptible to varicose veins, flat feet, corns, bunions and an array of other conditions. Done to excess, too much standing can be bad for you too!

In the United States, confusion is increased by references to ‘standing desks’, leading individuals to believe they should stand all the time. In Europe, the more common term is ‘sit-stand’ which at least implies in the name that the two activities should be mixed. But they should also be mixed with movement. Referring to available information about sedentary behaviour, one of the speakers in Birmingham, stated that more research is needed but the current ‘picture is grey’. Actually, it is many shades of grey.

The binary sit-or-stand approach will not work. Employers implementing sit-stand without applying a holistic approach to ways of working will not only be wasting their money but worse, may simply be replacing one set of problems with another set.